A crash course in building a fit and strong body for life at home, or in the gym, while still eating and doing the things you love.

LAST CHANCE ENROLLMENT EXTENSION, DO NOT MISS OUT! 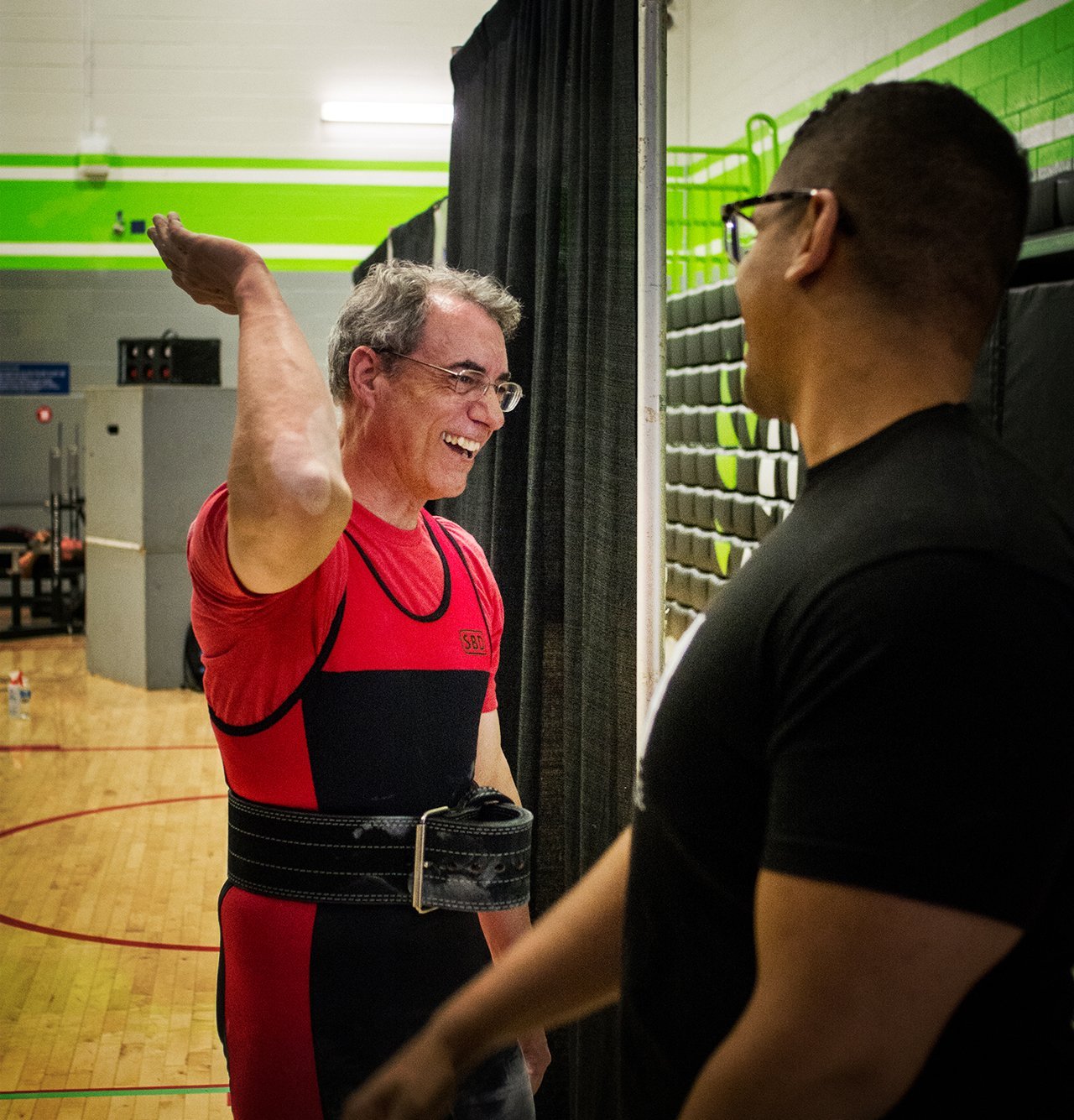 Not liking what you're feeling and seeing lately?

Did you put on the quarantine 10? 20? Or maybe it started before that? Let's be honest, your body doesn't feel or look how you want it to right now. It might have at one point but that time is past and you feel it slipping away faster than you once did.

You've just dealt with it up until now, because it just hasn't been the focus or priority. The past year has been a hell of a rollercoaster and you just haven't had the inclination, motivation or time to tackle it.

You know you could probably lose some weight, and would like to, but that isn't what it's about really.

This body you're walking around with feels old, tired, aching, unmotivated, lazy...this isn't you, well it's not suppose to be. It's not who you want to be, it's not the example you want to set.

You're disappointed, frustrated and maybe a little mad that it's gotten to this and know you've gotta take back control.

You don't want another bullsh*t diet though, or super complicated plan or rules to follow.

You're willing to put in the work but it also has to fit in with your life and your obligations because those still need to come first.

You want to live life in a strong, healthy, fit body that allows you to meet the demands of your day to day.

One that also allows you to do what you want, and what you love, better, all without needing to obsess over what you're eating all the time or live your life to workout.

Sound something like you? Then you're in the right place.

Introducing the ALL IN 60

‘Lean & Strong Foundations’ is not just a catchphrase. You’ll leave this program with the necessary knowledge base that you can continue to build on in the future for continued success in your journey to be strong and healthy. These foundational skills are a great reset for people who have experience in the gym but also are a good starting place for those who want to begin to build their health and fitness journey.

What results you can expect

"Taking control of my health and fitness was one of the most powerful things I've done in my life and I've seen this repeat itself over and again in those I've worked with. I can't wait to help you do the same"

I enjoyed my workouts, support and the consistent push, never feeling any bit discouraged as I have in the past.

Jason helps change so much more that just your fitness routine. He helps to set you up for success by reinforcing good habits and healthy choices but not harsh restrictions that always have made me relapse in my bad habits. I enjoyed my workouts, support and the consistent push, never feeling any bit discouraged as I have in the past. Gem of a human being who just wants you to succeed.

Online training is working out a lot better than I thought.

I wondered how online training would workout. Was the money you were asking worth it?
Could I get back (In shape) to where I was one year ago? How would my body respond to this type of training. Online training is working out a lot better than I thought. After a few sessions I was confident and impressed with the workout instructions. I'm feeling good about my self, feeling good about the way my body is beginning to look like, though lets face it at 70 I will never look like you. I feel healthier and my cardio is better.

10/10 recommend this program for anyone looking to make a change.

I find it easy for coaches to assign a workout or a meal plan and leave you to do whatever you want. It’s your choice to be healthy or not but Coach Jason makes you WANT to make the healthy choice. His genuine words of encouragement and positivity make you want to stick to the program and make good choices. Not only that, but he encourages you to be happy with whatever choice you make. That one missed workout or less than healthy meal is something to reflect on, acknowledge as a choice that felt right at the time and to keep going. This is something that I think many people could use as it builds a healthy relationship with yourself, your choices and allows you to have a healthy relationship with your journey. 10/10 recommend this program for anyone looking to make a change. You won’t regret it -because in this program, we live with no regrets, just lessons learned.

Here's a few more things I didn't mention which are included in the program.

Every week we'll be breakdown the "whys" behind what we're doing so you can best apply it now and also into the future.

"How do I get more protein?" and "What should I eat?" are some of the most common questions I get. You'll get over a 100 recipes to give you some ideas.

Part of making change is surrounding yourself with people on similar journeys. To that end you'll get access to a private community of people like you!

How is coaching different than a program?

This is the change you've been looking to make

It's time to start living in a body you can be proud of while continuing to do and experience the things you love. I've aimed to give you the most comprehensive coaching experience that'll give you real results for a fraction of the cost of training with me in person.

This is only open for a limited time though, enrollment closes April 1st 2021.

ALL IN 60 - LEAN and STRONG FOUNDATIONS

We're in this together, I absolutely want and trust you can succeed so I offer a bulletproof guarantee. If you stick to the plan at least 80% of the time for the program period and you’re not satisfied with the end result I’ll refund your investment.

Are you going to be coaching individually?

Yes! Every week there will be either an individual call or a group call alternating weeks throughout the program to ensure we can work towards your individual needs.

What equipment do I need? What if I don't have any?

There will be two tracks of programming, gym and minimalist. Ideally for the minimalist you would want a pair of moderately weighted dumbbells or kettlebells and a light band but there will be modifications offered for those with little to no equipment.

What if I can't do an exercise?

There will be options provided for exercises, but if you cannot complete the assigned exercise we'll work with you to give you something that works with your current setup and capabilities.

How often do I need to work out?

It's recommended to complete 3-4 workouts for optimal progression but the program is flexible to accomodate for more or less training. Sessions are designed to be time efficient so you might find yourself in a position where you surpass your expectations.

What if I have specific dietary preferences?

The recommendations offered are principles which are diet agnostic, meaning you can practice them regardless of preferences or needs.

Is this Personal Training?

Yes, but it's also much more than that. Personal training stops at the end of a session, this takes into account everything you need to be successful in all aspects of your journey.

Commit to yourself for the next 60 days.

It's time to take back control and set the foundation for a better tomorrow. Program starts April 5th.

I know getting started is difficult, in my own journey I've had to start over a few times till I got it right. I don't regret that process but I'm also really happy that I've been able to save many others some of that pain. I'm super proud of what I've put together here, and know this could be the beginning of some amazing changes for you. I just have to ask you for a little faith, and some courage and I promise you I will do everything in my power to honor that. 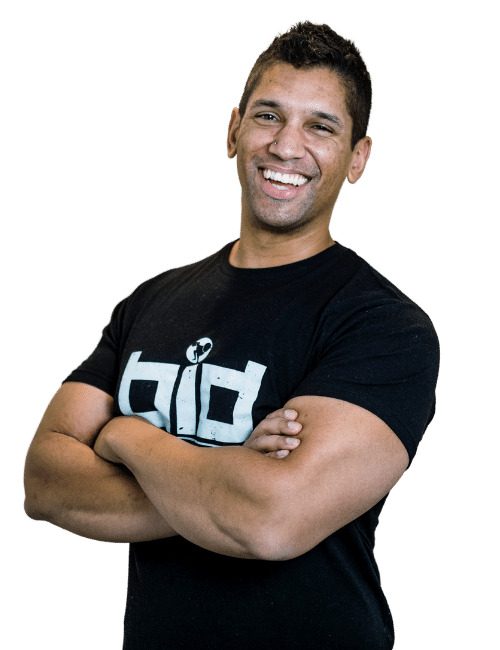